How to draw a shark in 9 easy steps

Categories Drawing, How to draw

Sharks while having a pretty awful reputation, make very good-looking drawing models.  Learning how to draw a shark is not that hard in comparison with other animals like a tiger, for example.  Of course, we can simplify everything but without a challenge, there would be no progress. So, we offer a sort of a bit more detailed approach to learning how to draw a shark easy way for kids and adults. 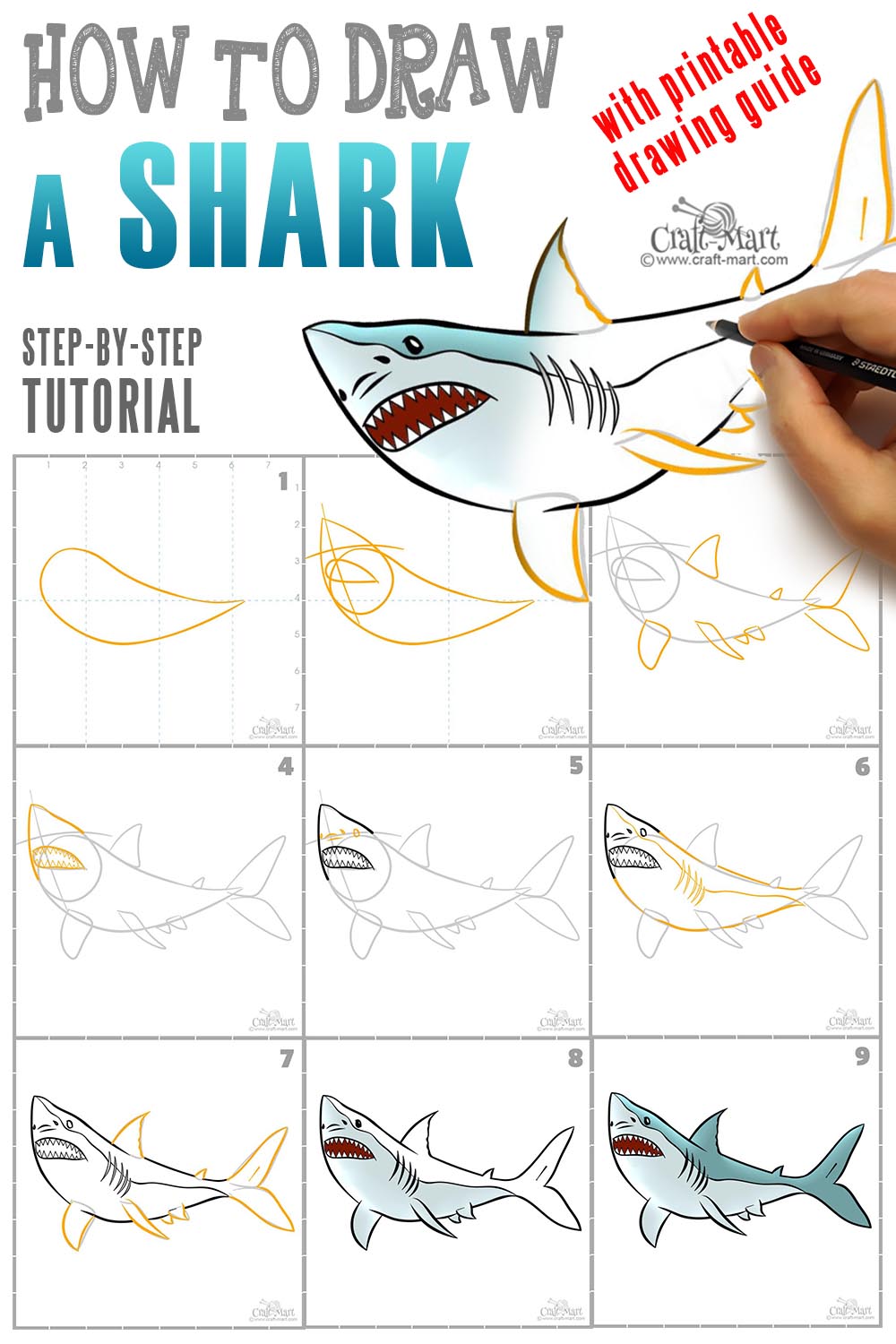 Just follow our step-by-step shark drawing guide a few times and soon you’ll be able to draw a shark from memory the same way you learned writing words. Was it challenging to write your first words? Of course, it was! Believe us, it will be easier for small kids to learn how actually to draw a shark than to write a sentence “I want to learn how to draw a shark”.

Start drawing a shark outlining the main body contour. Make sure to leave enough space on the left for the shark’s head that you’re going to add in the next step. 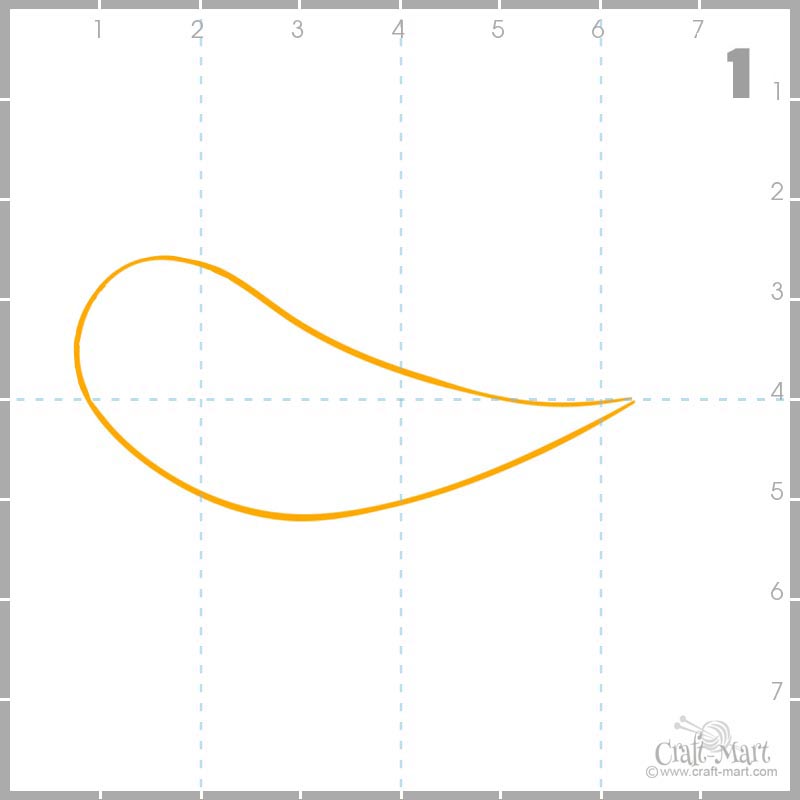 Draw an outline for the shark’s head. Add a central vertical line and a horizontal one. Without them, it will be hard to place the shark’s, mouth, eyes, and nostrils symmetrically and on the same level.

After that, draw the shark’s mouth. 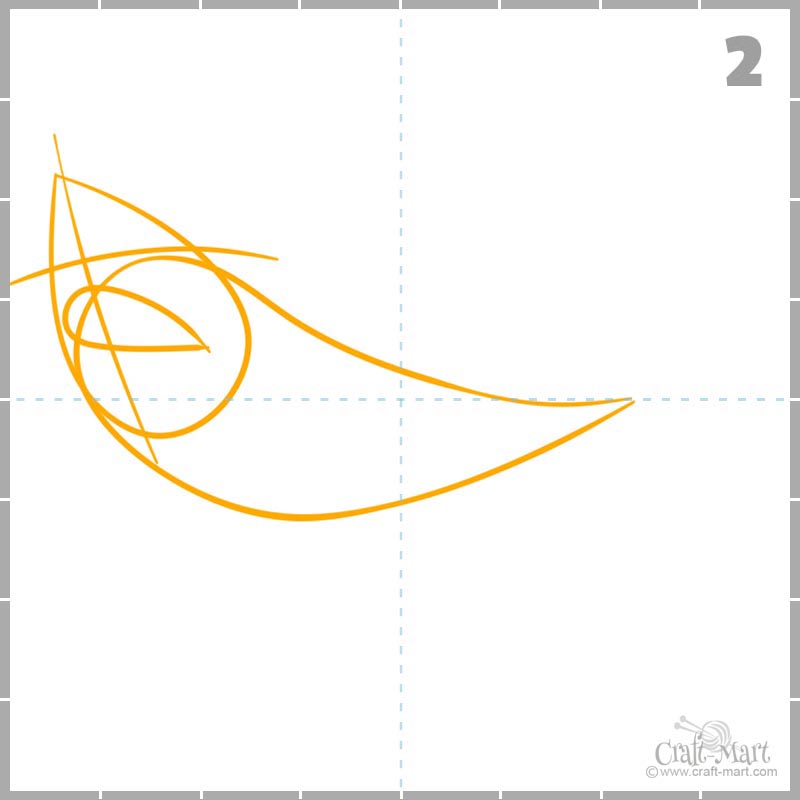 Now it’s time for drawing shark’s fins and a tail. Remember, we are not drawing the final lines yet – just some general shapes. Don’t push too hard on your pencil because you may want to correct some lines later on. 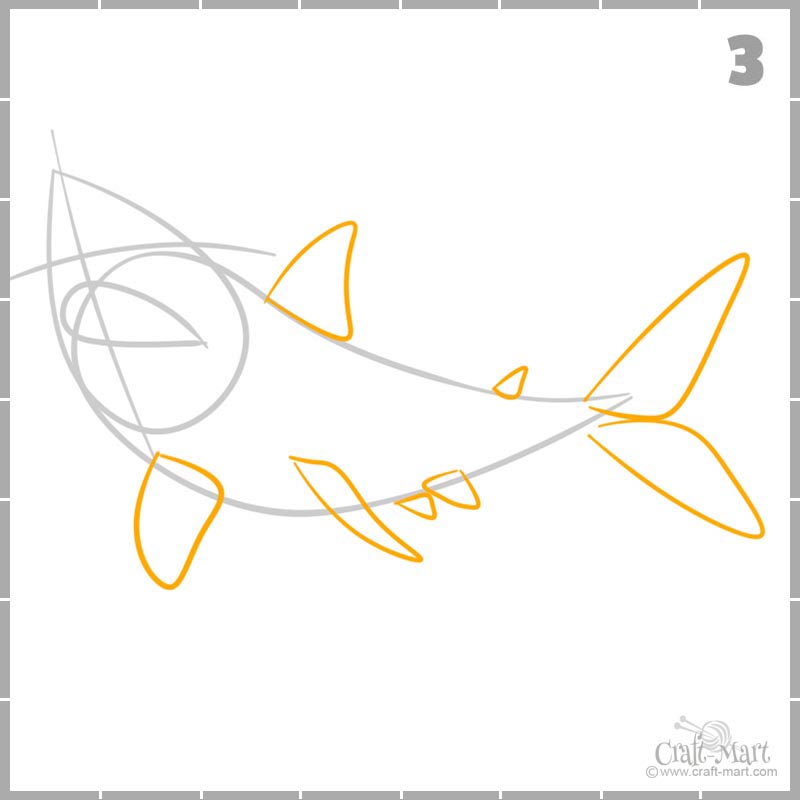 Here is a good example of the line correction – draw a shark’s nose with a slight bump. Add a lot of sharp teeth in its mouth. 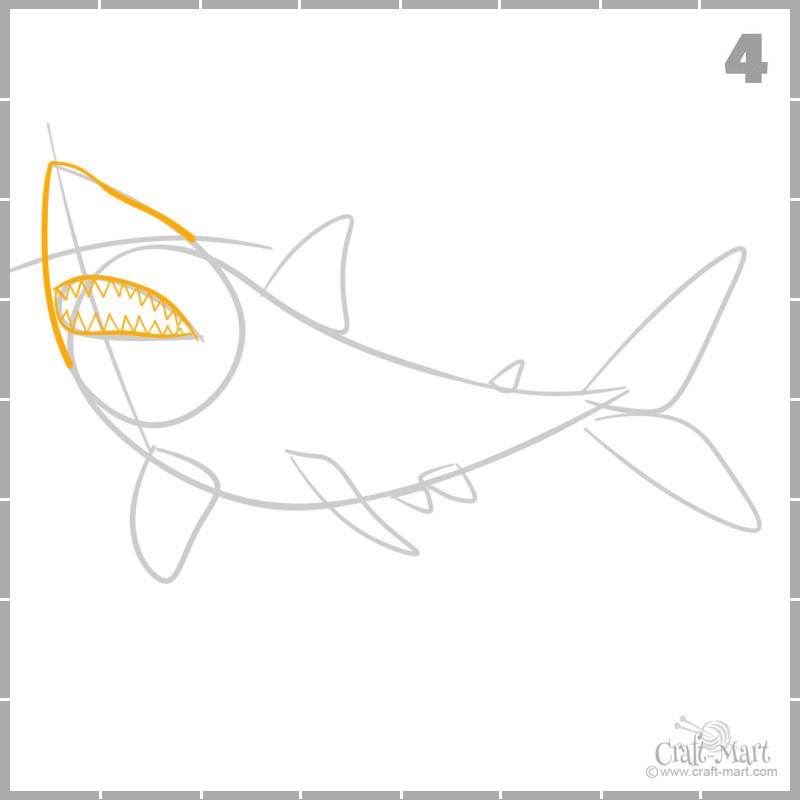 Now note how we use that vertical symmetry line for drawing nostrils. The eyes are also symmetrical but they are on the sides of the shark’s head. We can only see one eye. 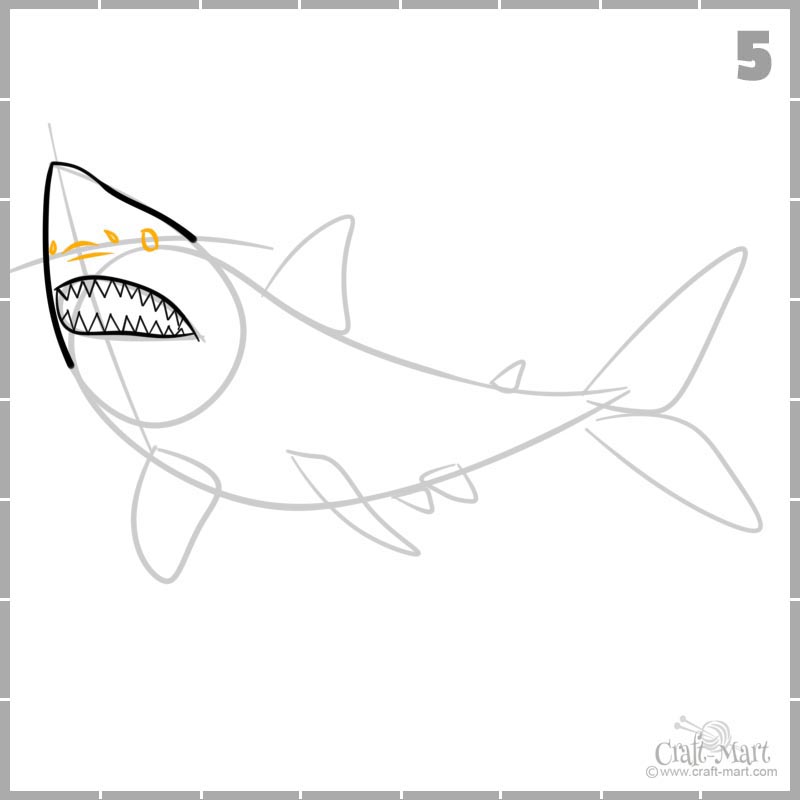 Continue drawing the shark’s body placing a row of gills along the central horizontal line. 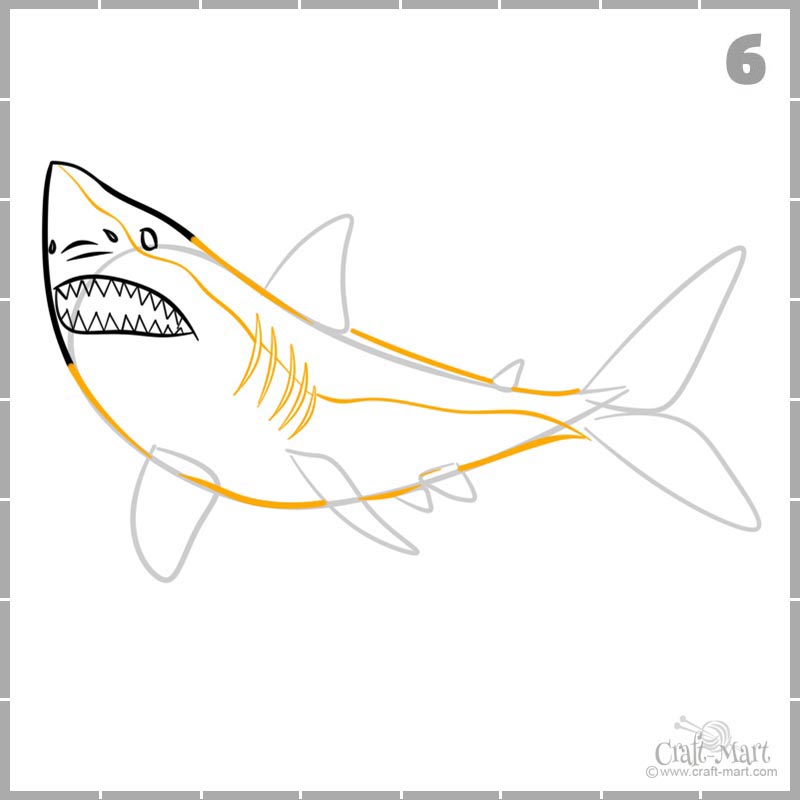 Draw more realistic and detailed fins and a tail. Make sure that the ends of fins are somewhat sharp (not rounded). 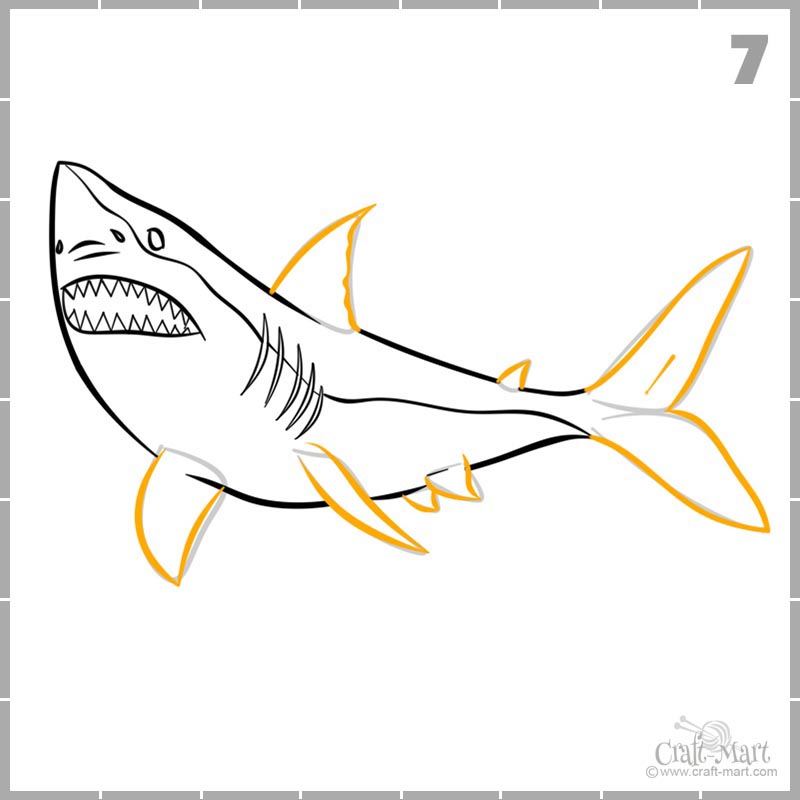 Shade the shark’s opened mouth with red color and finish the gills and eyes with black. Make the belly is grayish-blue. 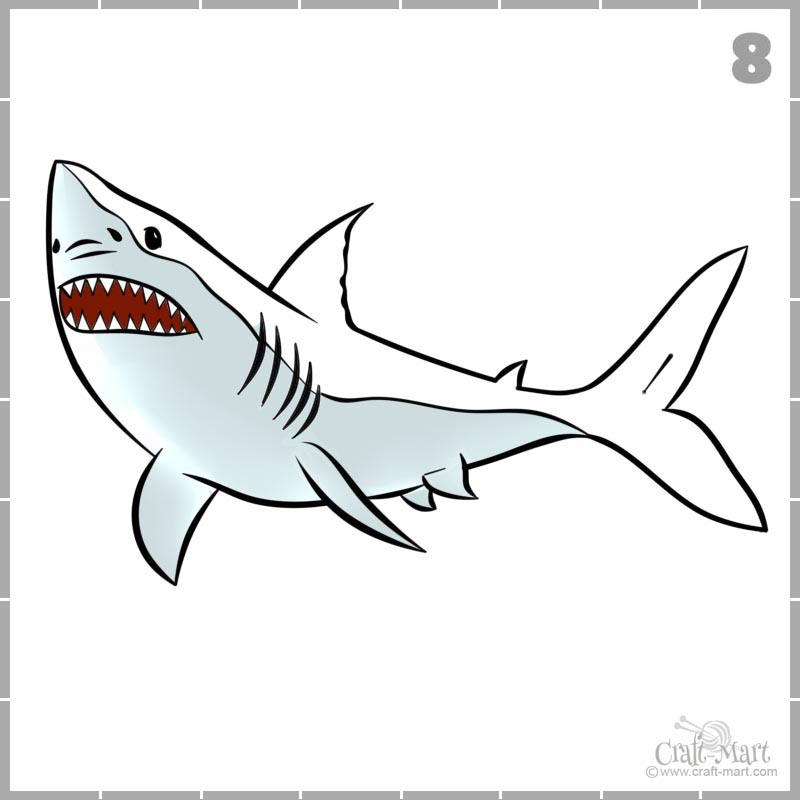 We finish drawing a shark by making the upper top of its body darker. Now you know how to draw a shark step-by-step using simple shapes in the beginning. 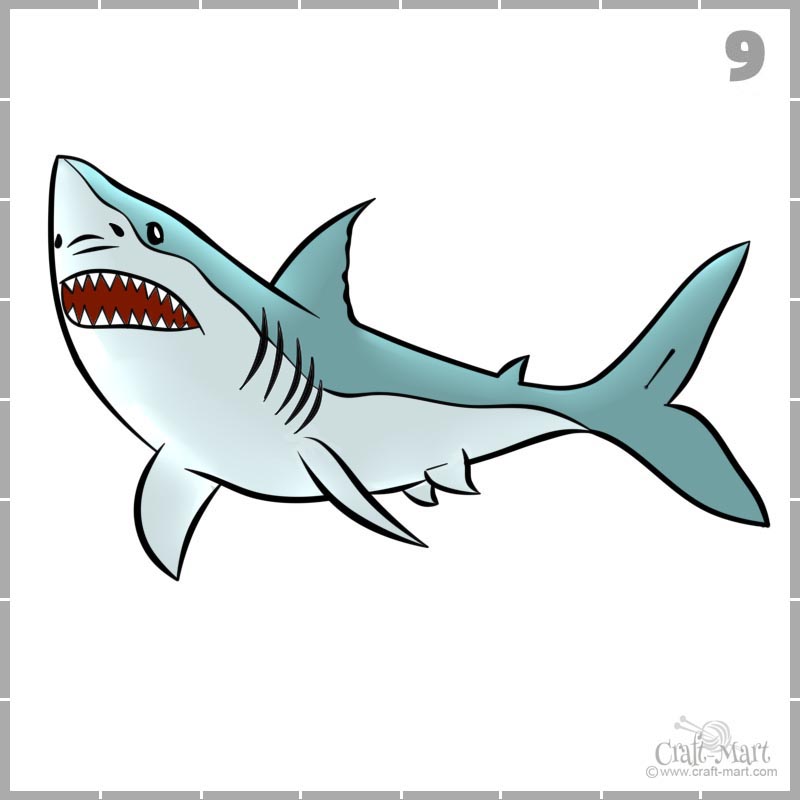 Let’s download our “How to draw a  shark step-by-step printable guide” and start practicing!

In no time you’ll learn to draw this pretty scary-looking shark even without looking at our reference guide. 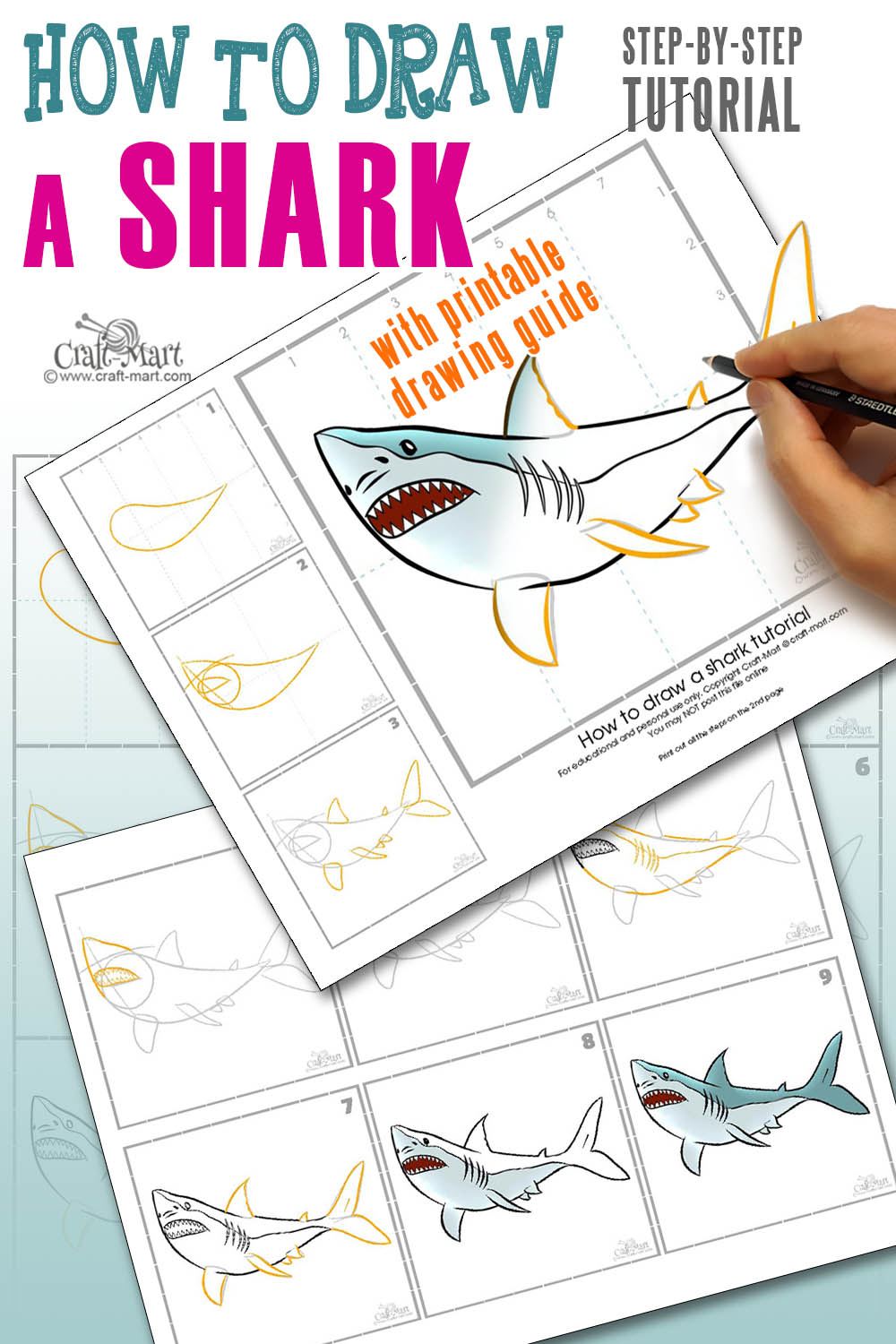 Art supplies you might need for drawing a shark